Head on a Silver Plate 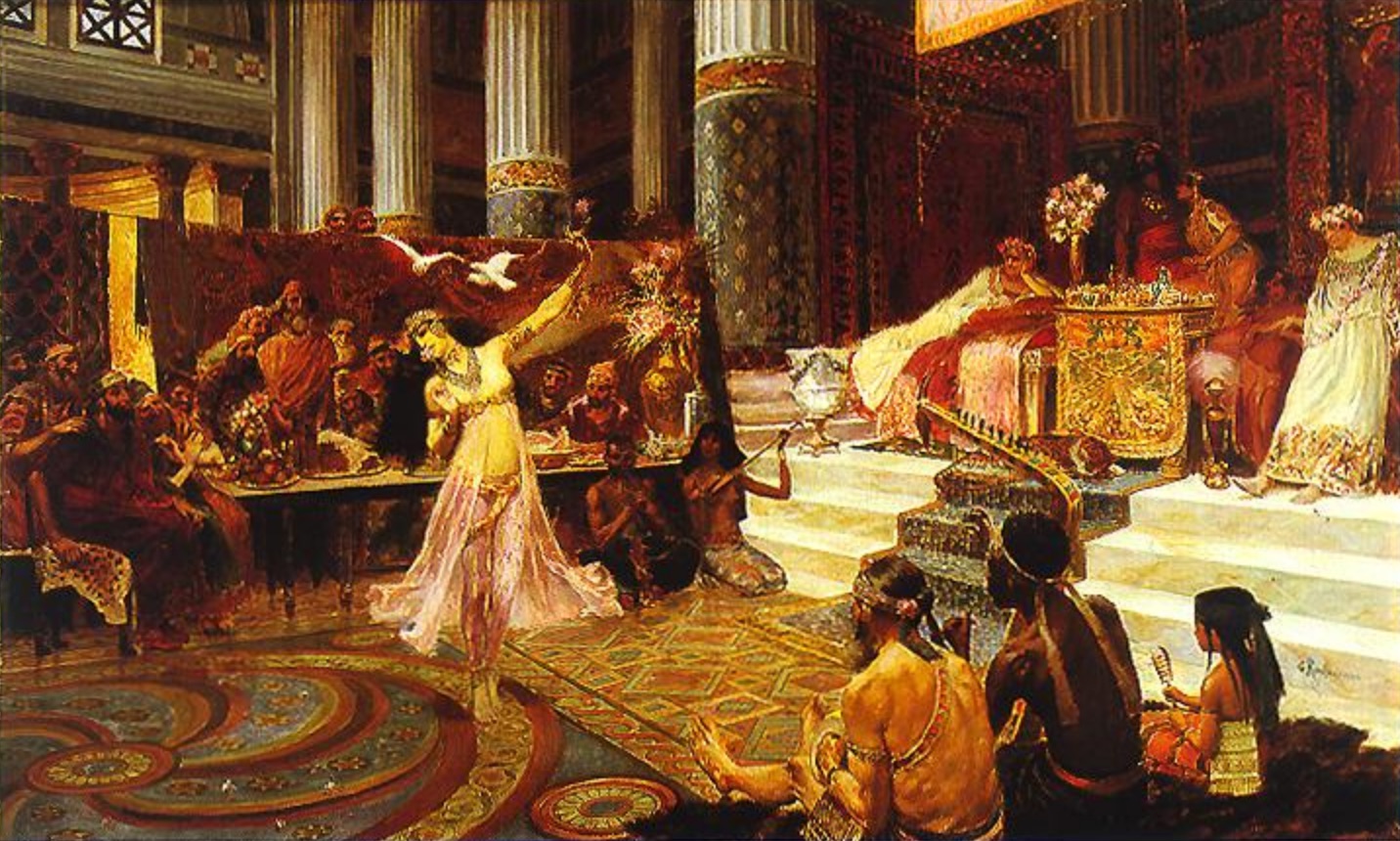 ”Dance for me, Salome and whatsoever thou shalt ask for me I will give it thee, even into the half of my kingdom”

The present, sometimes blur and difficult to grasp can suddenly appear with sharp contours in the light of a historical moment. As the violent story of John the Baptist's death from the New Testament unfolds in Georges Rochegrosse's (1887) painting “Salome Dancing Before King Herod", a depressing truth about today's artist role emerges in all its clarity.

Various aspects of this morbid narrative have been reproduced countless times by many artists, in many eras, in many countries. Writers and filmmakers have explored its dramatic qualities and psychological implications. But no one has done it like the French painter when he depicts the particular scene, in which Salome dances for Herod in exchange for John the Baptist's head on a silver platter.

Unlike Gustave Moreau, Delacroix, Titian, Hans Memling and others who preceded him in painting this biblical narrative, Rochegrosse shifts his focus by panning out into the richly decorated pillar hall where Herod sits exalted on his throne. Most importantly, he has chosen to include the musicians who accompany Salome's spectacular performance. The portrayal of the musicians, forced to perform on the floor show a humiliating position, and their passive participation in the morbid agreement that has just been reached. The composition thus adds a perspective on the power of the social contract of an artist. The harpist in the lower right corner of the picture is not likely to share Salome's bloody desire for a murder, but has no choice but to play his piece. And this is exactly where the artist's role, the image of the artist's position, emerges sharply.

Rochegrosse allows us to see the spirit of a precarious dilemma that lived unhindered from the Herodian dynasty to be incorporated into the hierarchical dynamics under which each artist is oppressed. Collectors demanding profitable returns, patrons demanding social status, dictators demanding pleasing propaganda, critics demanding discourse and audiences demanding entertainment. Regardless of context or social system, the artist is merely a singular voice in a system-affirming chorus. This becomes clear and the discrepancy great even in a time when artists take on the role of critical thinking. Terrified of being rejected, they play their tunes illuminated only by the flames of the neoliberal inferno.