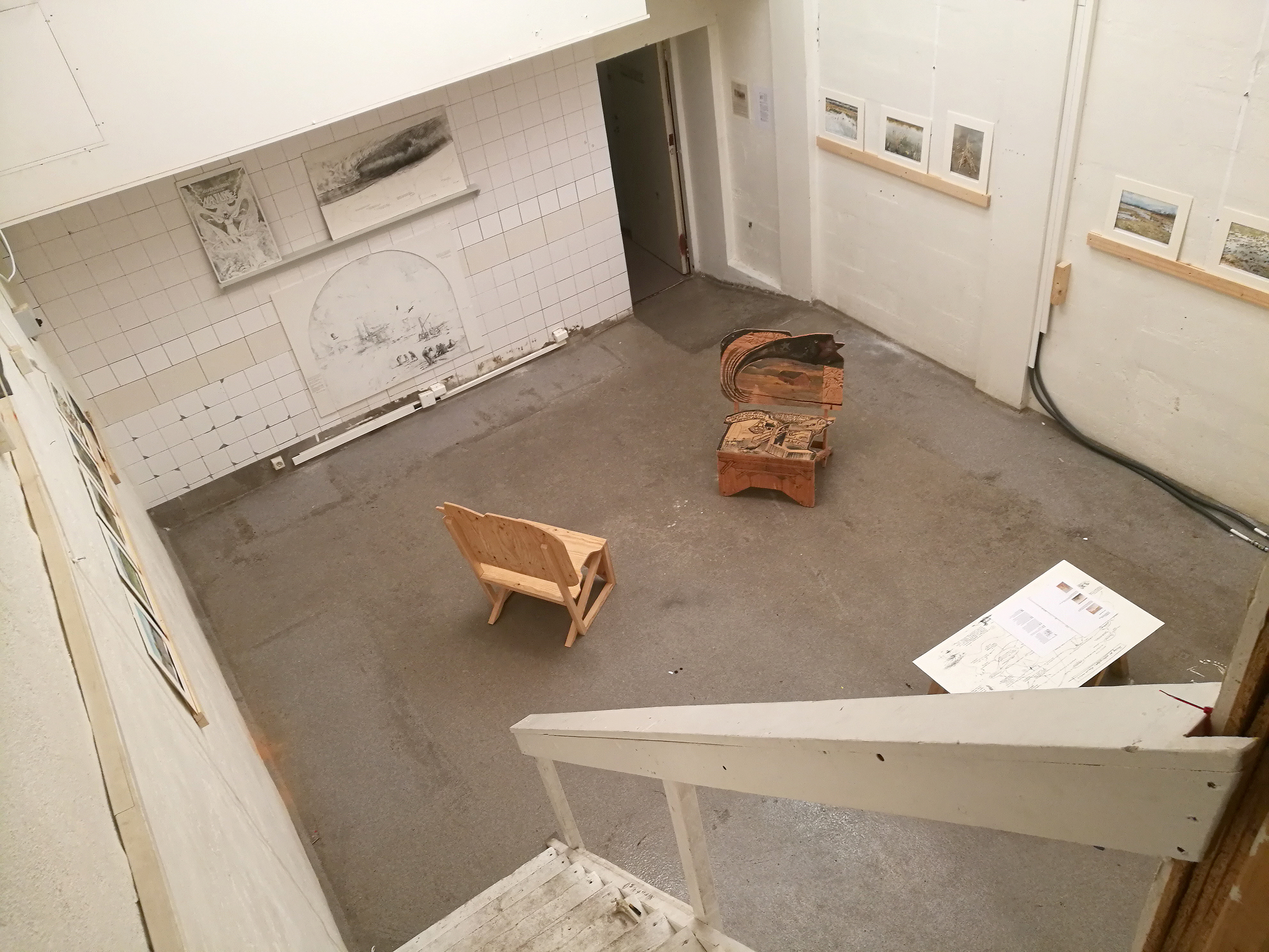 Skogvaktarkärret, a wetland north of Stockholm – February 2020 – there is snow hanging in the air and the sounds of the Eurasian coot can be heard from the reed.

Westerlund’s aquarelle paintings serve as memorandums from a series of excursions around lake Mälaren. The major part of them depicts former military areas and a specific landscape – created through military exercise –from abandoned bunkers and bandwagons to the less visible toxic contamination of soil.

In the same way science fiction often has been interpreted as social critique, Westerlund’s work deals with questions of environmental justice and the anthropocene through the practice of ornithology or fairytales. 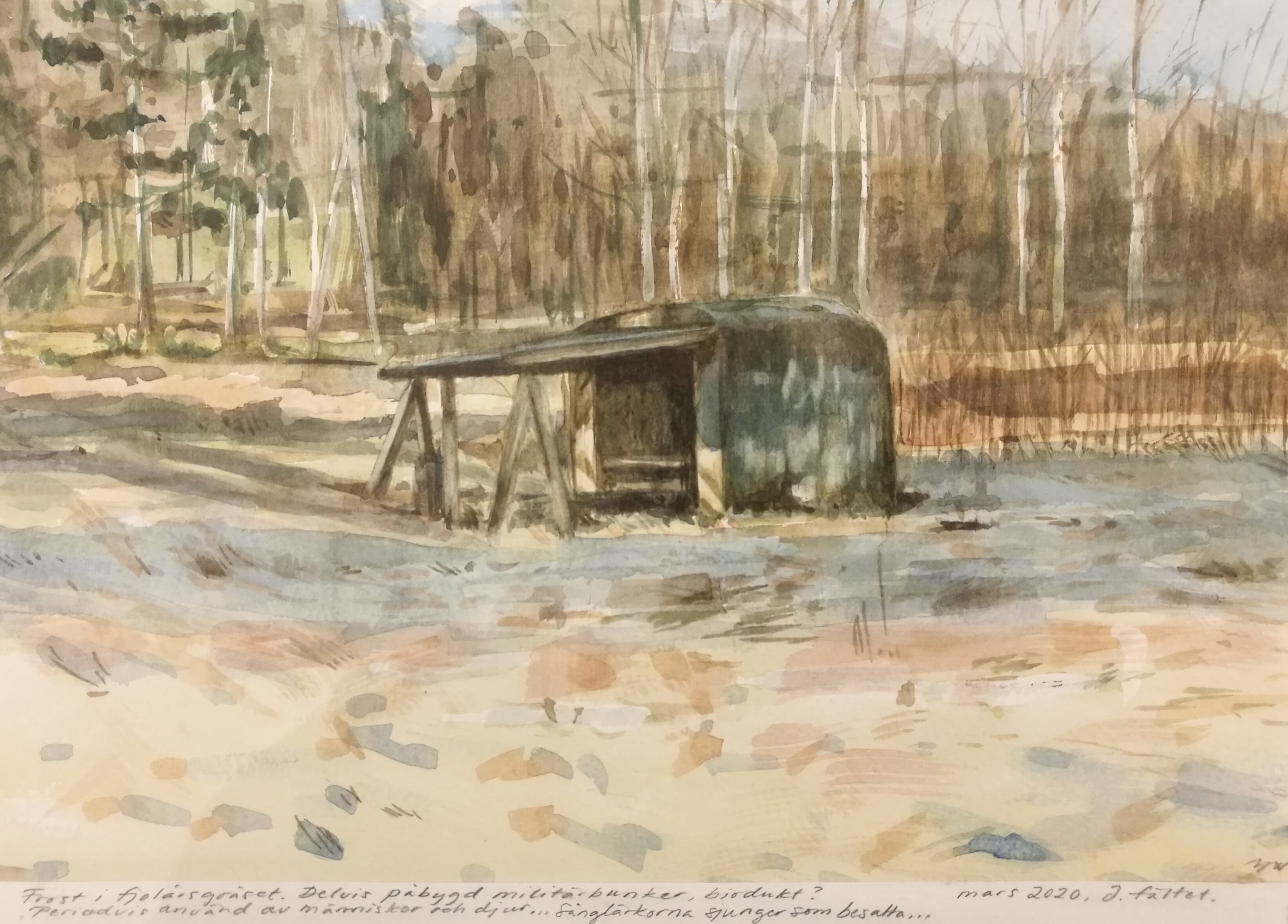